& English Village at the Texas Centennial

The English Village was part of the Texas Centennial at the State Fair of Texas which ran from June 6th to November 29 of 1936.

The Centennial itself was many years in the planning, going all the way back to a James Stephen Hogg speech of 1900, before pushing his agenda in 1923 at the Texas Press

Association in Corsicana. The Texas Centennial Survey Committee was subsequently established to remember the Texas Revolution and independence from Mexico, and also to establish Texas as a worldwide force.

The Texas Centennial Board of One Hundred was established in 1924 to start the exploration. A permanent Texas Centennial Commission was established in 1934. The board needed to decide on a city of which there were three. The folks that stepped to the plate were Dallas, Houston and San Antonio. The commission chose Dallas because it offered the existing State Fair facilities, unified leadership with folks like Robert Thorton and Nathan Adams and the largest commitment of nearly $8 million.

The State of Texas and US Congress each chipped in $3 million for the project. The US Post Office issued commemorative three-cent stamps and half-dollars to observe the anniversary. Many newspapers of the state issued special centennial editions.

The Commission worked with folks like the Advisory Board of Texas Historians, the Work Projects Administration, and the Texas Highway Department to coordinate programs and build permanent structures and markers all over the state, the Hall of State at The State Fair specifically being the one in Dallas

Joyce Heckmann: When I was 13 years old, Mary Frances McLaughlin and I journeyed to the Texas Centennial where we went on a stage to play our accordion duet, 'Whispering Hope'. To the best of my recollection, my piano teacher was the one that got us up there. We had a great time, but to this day, still my only visit to the State Fair.

George Dahl was director general of a group of architects who designed more than 50 buildings constructed for the expo in the 178 acres at Fair Park. Some 30 of the structures remain, representing one of the largest intact groupings of world's fair buildings anywhere. The Texas Hall of State was one of those. It was actually not completed until after the opening of the expo.

Among the buildings were the The Cavalcade of Texas, a historical pageant covering four centuries of Texas history and The Hall of Negro Life, the first recognition of African-American culture at a world's fair. The Texas Centennial Olympics, held in the Cotton Bowl, hosted the first integrated public athletic competition in the history of the South. The Federal Theater Project production of Macbeth, adapted and directed by Orson Welles with an all-black cast, was the feature of the new 5,000 seat amphitheater and band shell. It was also the first integrated seating in the South.

President Franklin D. Roosevelt visited the exposition in a widely publicized event on June 12. Gene Autry's film The Big Show was filmed on location and shows many of the buildings and events of the event.

But enough of the history lesson. That one could go on and on and on...

In my research of the 'The History of Louanns', I ran across some incredible goodies documenting the building, use and post-use of some of the properties in the Centennial, specifically the Falstaff Tavern and Globe Theater in the English Village and that is where this story shall focus.

Before the Centennial began, a group decided to put up a new concession at the Fair. The group was called English Concessions and it included the Falstaff Tavern, the Globe Theater and a shop called The Old Curiosity Shop. All this was part of the English Village. Some of the members of that concession were Harry P. Harrison, Lou Bovis and his wife Ann.

Even though the buildings built for the Globe Theater and the rest of the English Village were not part of the buildings meant to be permanent facilities, Chief Architect George Dahl spared no expense in doing them the right way:

Mr. Dahl's hands were everywhere. From what I could tell, he was an extremely efficient planner.

The Dallas Globe Theater was a replica of the original Globe Theatre (ye olde British spelling) in London. It was built in 1599 by Shakespeare's playing company, 'The Lord Chamberlain's Men', on land owned by Thomas Brend and inherited by his son, Nicholas Brend and grandson Sir Matthew Brend, and was destroyed by fire on 29 June 1613. A second Globe Theatre was built on the same site by June 1614 and closed by an Ordinance issued on 6 September 1642.

The precise location was unknown until one original pier base was discovered in 1989 by the the Museum of London Archaeology beneath a car park at the rear of Anchor Terrace on Park Street. A modern reconstruction of the Globe, named "Shakespeare's Globe", opened in 1997 approximately 750 feet (230 m) from the site of the original theatre. From 1909, the current Gielgud Theatre was called "Globe Theatre", until it was renamed in 1994.

But enough of that stuff from across the pond, let's get to the real goodies.

Long before the idea of Louann's came around Lou and Ann's part of the English Village was running the Falstaff Tavern.

Not too long after the Centennial kicked off, Ann's brother Anton Martinkus joined them. Anton was an old warhorse, serving under George C Patton long before he became General Patton. He knew him better at Major Patton back at Fort Sheridan. He stayed with Lou and Ann until WWII broke and he went back to kicking butt and taking names at places like the beachhead at Leyte.

During the Centennial, the Falstaff Tavern in the English Village was host to celebrities like President Roosevelt, comedian Bob Hope and various football teams.

The Globe Theater was an interesting place. Folks had to love the fact that our Globe Theater, unlike Bill Shakespeare's, was 'Air Cooled'

The Centennial closed Nov 29, 1936. Approximately 6,345,385 give or take came to Fair Park for the extravaganza. The Texas Centennial was credited in North Texas as buffering Dallas from the results of the Great Depression creating over 10,000 jobs and giving a $50 million boost to the local economy.

How hard was an attempt like this to pull off? Amon Carter had attempted to open a competing fair in Fort Worth called the Fort Worth Frontier Centennial Exposition, but the numbers tell the story, only 986,128 attended. 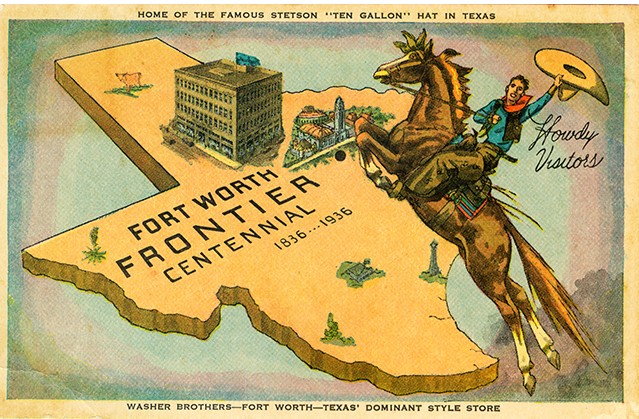 But the story doesn't end there...

The Dallas exposition reopened the next year on June 12, 1937, as the Greater Texas and Pan American Exposition, and closed on October 31.

Lou and Ann purchased the Globe Theater and turned it into a dinner theater renaming it the English Tavern. Originally it had old wooden benches to replicate the Shakespearean days, but by 1939 those were long gone and tables and chairs replaced them to make it more of a theater-restaurant.

The Clemson/Boston College Cotton Bowl football teams, The Tone Poet, Leonard Keller, you never knew who you were going to run into there. All this would set the stage for a much bigger future club, with much bigger bands.

Ann's brother Anton fell in love and ended up getting married, right there on the stage with all the world to see!

To keep costs low, Ann and Lou lived in a small apartment there, saving up for what they hoped would be there pie-in-the-sky.

Chelle Bovis says "What brought Lou and Ann Bovis to Dallas, as it did many others, was the 1936 Texas Centennial on the Fair Grounds where they operated the English Village outdoor dance spot and Falstaff Tavern restaurant and lived in a small apartment above their business. Both were avid golfers and Ann frequently found time to play a round with her friend Babe Didrikson, the 1932 Olympian who had taken up golf in 1935 and who later helped organize the Ladies Professional Golf Association (LPGA). Ann and Lou stayed on through the Pan-American Exposition in 1938 and 1939; and as it wound down, they began looking for land on which to build a permanent place." 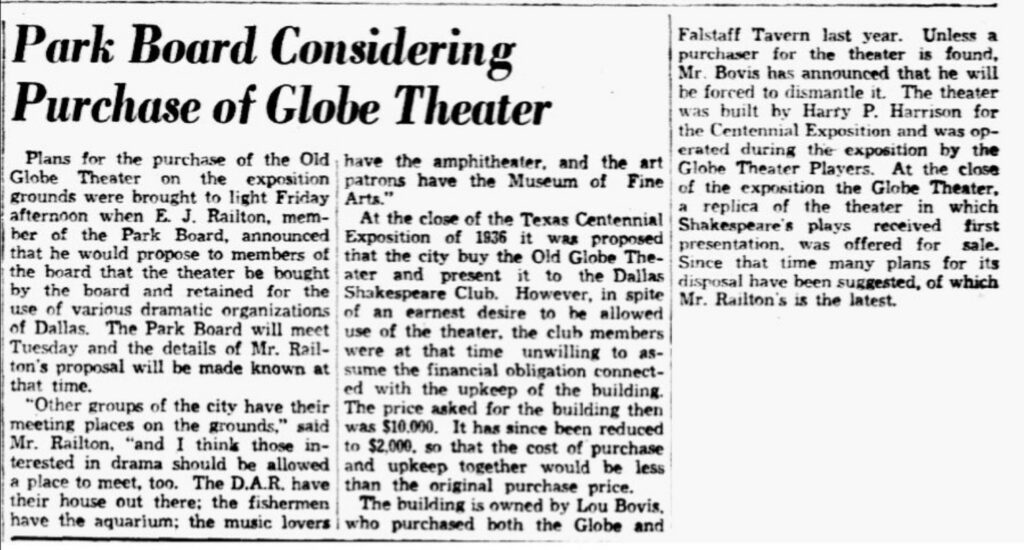 So as 1939 approached, Ann and Lou started looking for a new spot to replace the one they were outgrowing. Longtime friend Mabel Caruth Byrd had a some land 'way out of town', far up the 'Richardson Pike' and suggested they take a look-see. Lou and Ann fell in love with the area and staked out a claim at the corner of Lovers and Greenville, opening Louann's in early 1940. It was a massive club sitting on a 5 acre plot with seating for 3,600 and a standing room crowd only of 6,000 came to see Lawrence Welk.

That however is another story.  If you haven't read out stories on the complete history of the first superclub, Louann's, told by the folk that worked there, lived there and their families, please check out the 4 part series: 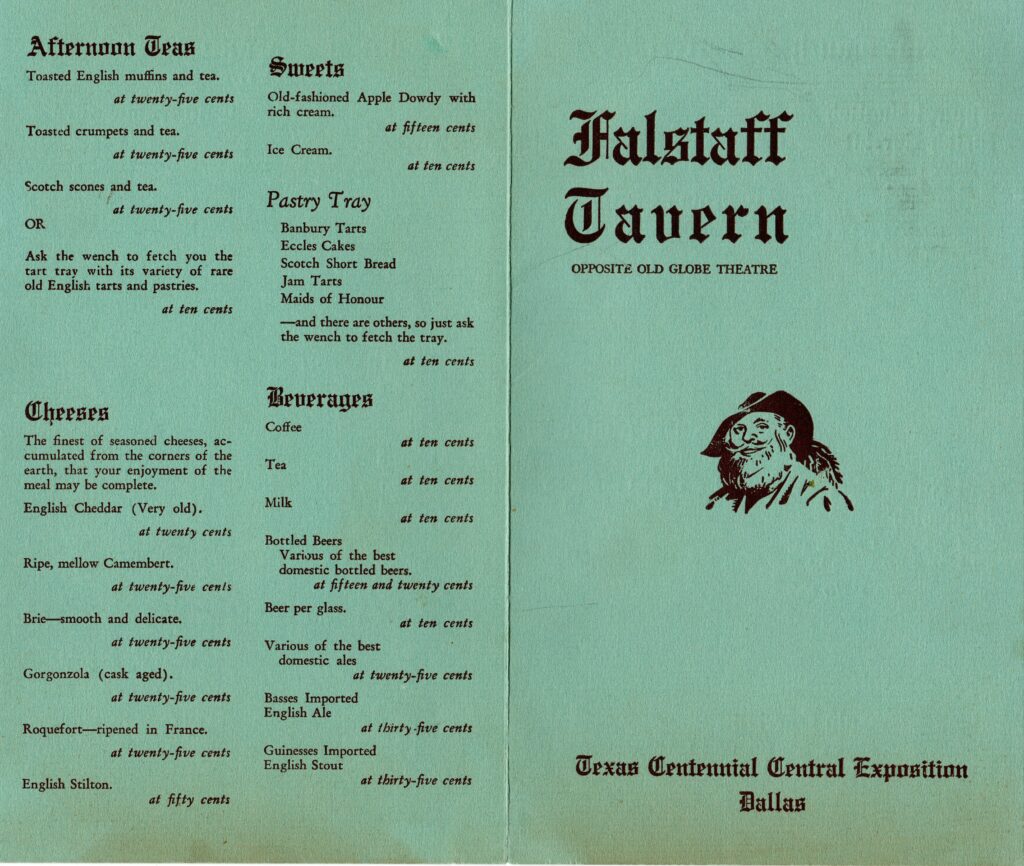 Special credit for the early pre-Centennial history in this article go out to Texas State Historical Association and also to the Dallas Historical Society for all the work they do.

And so much thanks to the Bovis and Martinkus families for all the contributions they have made.